What is known about previous human infections with H7 influenza viruses globally?

From 1996 to 2012, human infections with H7 influenza viruses (H7N2, H7N3, and H7N7) were reported in Canada, Italy, Mexico, the Netherlands, the United Kingdom, and the United States of America. Most of these infections occurred in association with poultry outbreaks. The infections mainly resulted in conjunctivitis and mild upper respiratory symptoms, with the exception of one death, which occurred in the Netherlands. Until this event, no human infections with H7 influenza viruses have been reported in China.

Is this virus spreading from person-to-person?

China has conducted extensive case investigations of people infected with the H7N9 virus and their close contacts and has found no evidence of "sustained" person-to-person spread at this time, which is the kind of ongoing spread that is necessary for a pandemic to occur.

However, we should aware of a small number of confirmed H7N9 influenza cases in China in which “limited” person-to-person spread of the virus could not be ruled out. "Limited" or "dead end" virus spread usually refers to when a virus from an animal host infects a person and then spreads to a caretaker or close contact of that person but not much further. 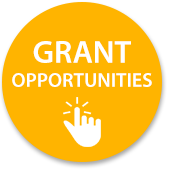